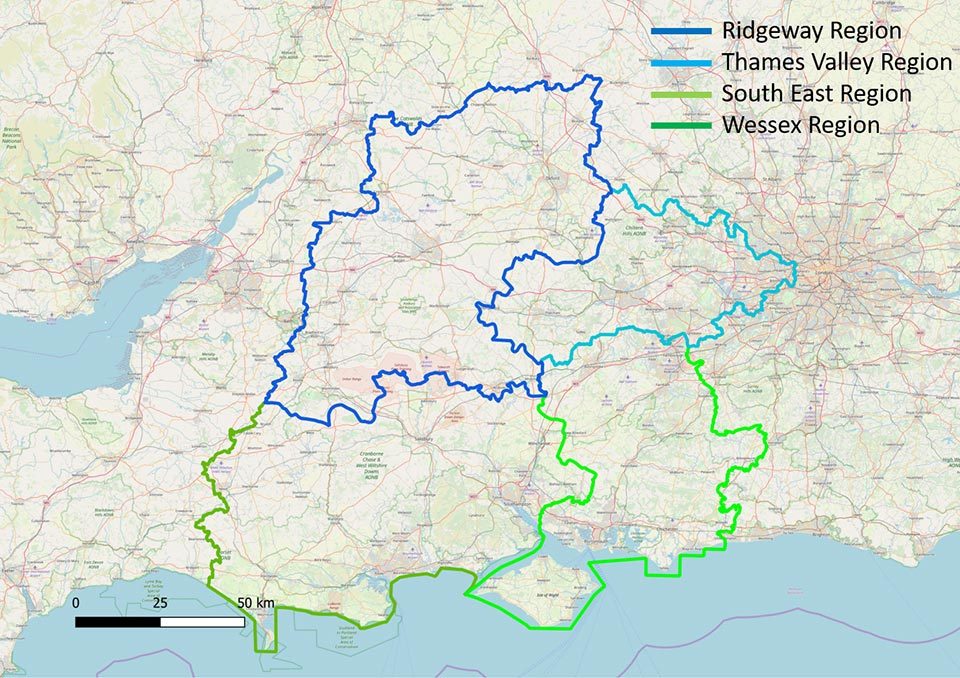 Site Selection Methodology
All counties within these license areas were evaluated against 13 criterion, as seen from the TRANSITION Site Selection Methodology report, to determine the most suitable county for the TRANSITION trials. From comparing factors such as network type replicability, synergy projects and the interconnection with the transmission system, the county of Oxfordshire was selected. 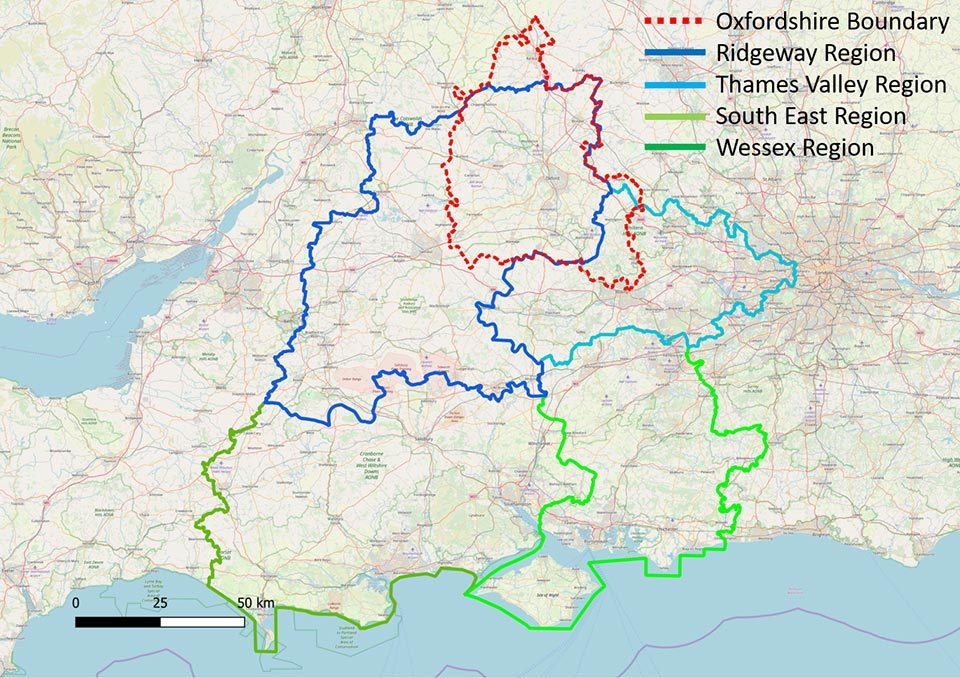 First Stage of Site Selection
Oxfordshire lies within SSEN’s Ridgeway and Thames Valley regions, where there is circa 60 primary substations that supply the county’s network. In conjunction with our partners on the Local Energy Oxfordshire project each substation is being evaluated to determine the most appropriate areas within the county to trial flexibility. Further work is required to produce a shortlist of sites. 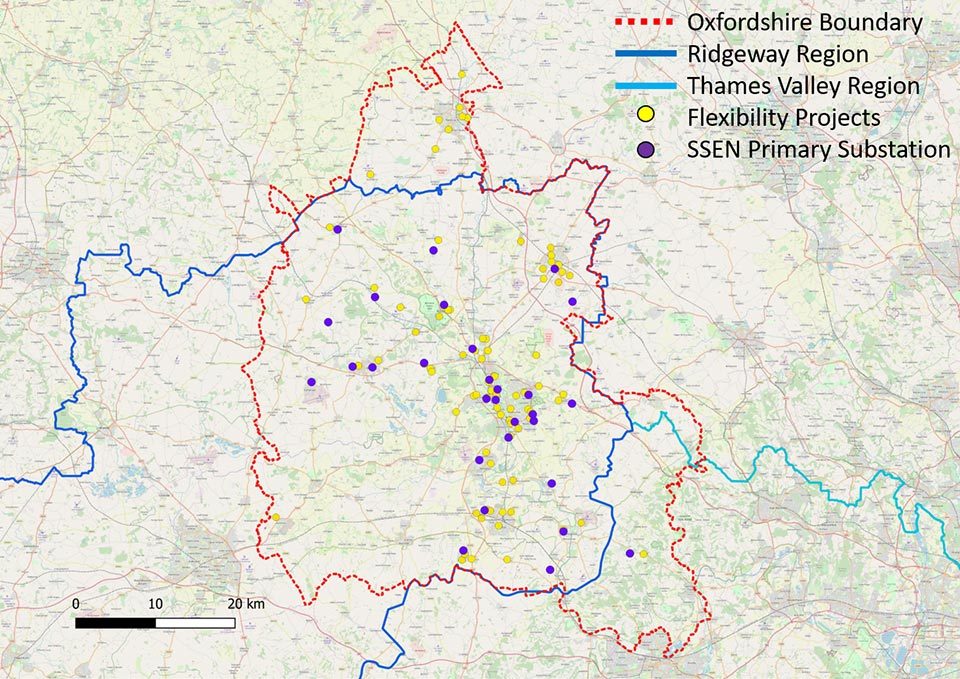